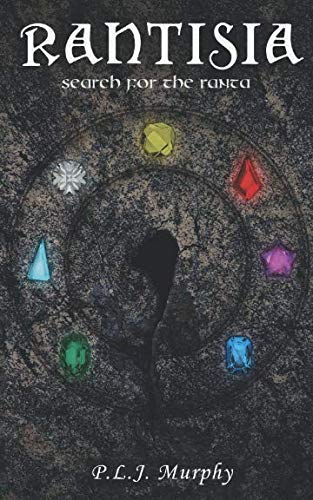 My book is finally published and available on amazon for purchase!

Now, a little bit of history behind this story.

The first draft was writing from June 2009 to late 2010 and was approximately 42 pages long. What a book!

Then in 2014 I wrote a second version or draft which ended up being 130 pages long and was titled “A Fictional Tale With Words, Chapters, Characters And A Plot” A title which I did like but not at all practical when trying to talk to people about the book you’re writing.

It wasn’t until 2017, after hearing about Kindle Direct Publishing and being persuaded by quite a few people to change the title back to Rantisia: Search For The Ranta, that I went back and did a thorough clean up of the story in order to get it ready for publishing.

So now here we are with the published 2018 version in all its 246 page glory! I hope you grab yourself or a friend a copy and enjoy!

“Once upon a time (although I’m not sure what time it was upon) in a land that was not so far away (for it did not really exist at all) there began a story in the land of Norak, a story of which the likes have never been written before!”

Roanas and Derak were two ordinary boys until they were swept off into an adventure to find the missing Ranta before the evil lord Calzark could unleash the Rantisia and take over the whole land of Norak. Follow the two boys as they travel through exciting and strange lands, meet mysterious and comical characters and battle dangerous and terrifying beasts all to save everything they’ve ever know and held dear. A story filled with action, adventure, humour and suspense.

A thrilling and enjoyable book for young teens and older. Perfect for fans of the The Chronicles of Narnia, Hobbit, The Lord Of The Rings, Beast Quest, Rangers Apprentice, Brotherband, Deltora Quest and Eragon.

One thought on “RANTISIA: Search for the Ranta”